Inspiration is the Key

Learn more about the European School for Interdisciplinary Tinnitus Research

ESIT enables its participants to exchange ideas across the disciplines

Our PhDs present their projects

Have a look on the ESIT research projects

Preparing our PhD students for careers in academia and beyond

As a very tangible outcome of ESIT, it has been envisioned even before and already from the start of the project to review and update the major tinnitus-related articles on the open online encyclopedia Wikipedia.

Using the already quite detailed English version as a basis, it is planned to amend the main article relating to the condition in other languages (especially those covered by the international ESIT consortium) or, and this is the case for many language versions of Wikipedia, translate the English version into certain languages for the first time and update it on this basis.

As an indeed successful head-start for this project, ESIT PhD student Albi Dode (pictured below), originally from Albania, translated the English Wikipedia article on tinnitus into his mother tongue, Albanian, which could be published shortly after submission, making it the first article on tinnitus for this language.

In fact, this new article has already become the Article of the Week on the Albanian Wikipedia platform! We are immensely proud of this achievement and congratulate Albi on his outstanding efforts in this regard that could likely be of benefit to tinnitus patients and health care professionals in Albania, Kosovo or other Albanian-speaking regions! Përgëzime! 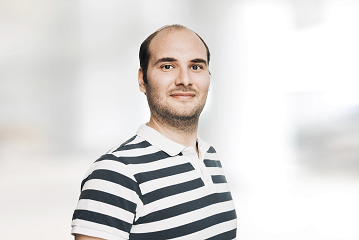 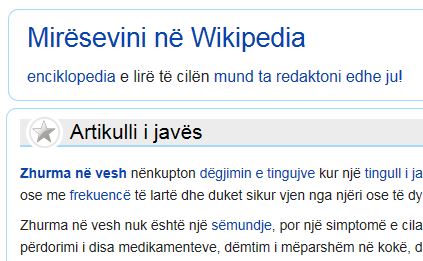 The article can be accessed here or by clicking on the image above.

Further ESIT-led Wikipedia updates for a variety of languages will follow shortly and we're very much looking forward to making a science-based impact on a wide-reaching, open-source platform like Wikipedia, and thereby increasing its reach even more. In fact, Wikipedia is frequently used by lay audiences and professionals alike as a first source of information on an almost endless variety of topics, importantly including health issues as well, which clearly highlights the importance of our project.